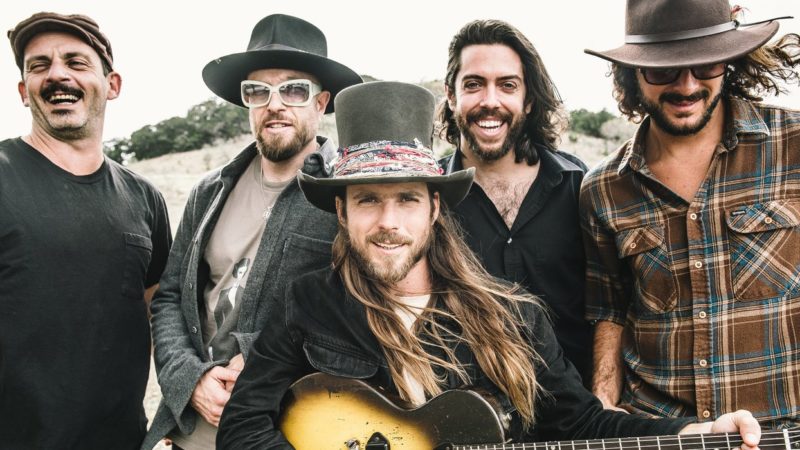 Lukas Nelson & the Promise of the Real

“In case you didn’t know, Willie Nelson has a son. His name is Lukas Nelson. 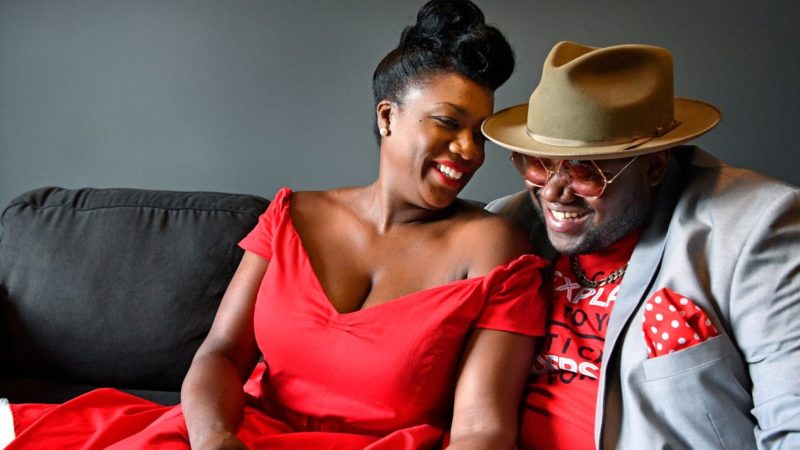 The War and Treaty

Just two lovebirds singing without reverb. The War and Treaty, a married duo comprised of Michael and Tanya Trotter, whose songs such as “All I Wanna Do” and “Healing Tide” convey an ecstatic, empowering sense of partnership that serves as the duo’s creative engine and core message. 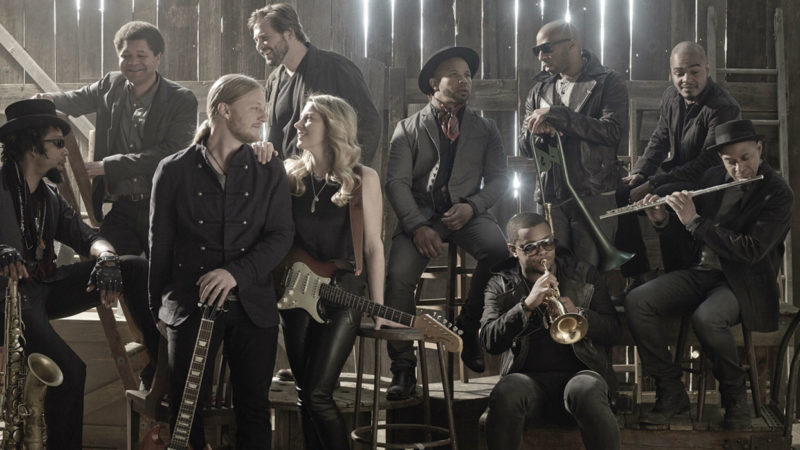 Go back to December 31, 2008 when guitarist Derek Trucks and his wife, singer/guitarist Susan Tedeschi, were preparing to ring in the New Year. Married since 1999, these two soulmates, equally steeped in the musical roots of blues, jazz, and gospel, had finally decided the time was right to set aside their successful solo careers and commit to a new band melding their vision and talent. It wasn’t the first time they had collaborated; they had shared a stage countless times and traded album guest appearances, all while starting a family together. But on that night, hitting the stage together with members of the Derek Trucks Band and a guest horn section they heard the future.

Two years later, the couple debuted Tedeschi Trucks Band. The nation’s economy was heading into recession. The popular music landscape was filled with technological theatrics and auto-tuned singers. And here were Tedeschi and Trucks along with their (then) 8-member band, loading up two tour buses and hitting the road with a sound that defied conventional genre boundaries or traditional labels; a gypsy caravan on the rock-and-roll highway. To call it ambitious was an understatement.

During their five-year rise, the group toured incessantly, raising their profile and being handpicked to play with the likes of Eric Clapton, Bob Dylan, and Santana

In pursuit of their ideal sound driven by world class musicianship, Tedeschi and Trucks put together a musical collaborative like no other, flying in the face of any practical or economic considerations. There have been evolutionary changes to the band along the way, but the freight-train force of veteran drummers J.J. Johnson and Tyler Greenwell were there from the start, along with two brilliant Trucks Band veterans to amplify the rhythm section: Kofi Burbridge with his prodigious talent on keys and flute, and Mike Mattison, with his dynamic vocals and songwriting skills. A 3-piece horn section brought on for studio work proved indispensable to the group’s sound and became a permanent addition – now composed of Kebbi Williams’ intergalactic saxophone, Ephraim Owens on trumpet and Elizabeth Lea on trombone. Industry-renowned bassist Tim Lefebvre (David Bowie, Elvis Costello, Sting) joined in 2013, and two years later a third incredible voice, Alecia Chakour, was added to the background vocals provided by Mark Rivers and Mattison; each more than capable of delivering a stirring turn as a lead vocalist.

On the road for upwards of 200 days a year, the TTB family has grown strong, bonding over backyard BBQs and long bus rides, all the while developing a growing repertoire of original material and paying homage to an extensive canon of influences ranging from Sly & the Family Stone, Miles Davis and George Jones to Joe Cocker, Nina Simone, and even Indian sarod master Ali Akbar Khan. Embracing improvisation over convention, and set lists rarely repeated, the collective is adept at exploring almost any musical territory. The genuine respect within its ranks is evident on stage. Trucks’ masterful guitar skills and Tedeschi’s soaring vocals and bluesy guitar shine but don’t overpower the breadth of talent, happily yielding the spotlight as needed in service of what the song deserves.

“I saw them live and it was mind blowing. [Derek] has taken the guitar, specifically slide guitar, somewhere it has never been. His phrasing both with and without slide is uniquely his and just odd and jarring and exciting to listen to. [Susan] is an earnest blues player as well and her voice is astounding. The band was mind-blowing. They take a form that is arguably tired and turn it inside out with originality and musicianship and make it totally their own.” – Marc Maron

Trucks and Tedeschi’s uncompromising vision has paid off. Now 12-members strong, and with a catalog of five albums and nearly a decade of steady touring in the U.S. and abroad, Tedeschi Trucks Band carries a distinguished reputation earned from both audiences and critics as one of the premier live bands in the world. Sold-out multi-night runs at venerable venues like the Beacon Theatre, Ryman Auditorium and Red Rocks Amphitheater are a testament to the can’t-miss concert experience fans have come to anticipate. The band’s own “Wheels of Soul” tour has become a sought-after summer experience from promoters across the country, bringing TTB’s unique stew of upbeat rock and soul together on stage with a slew of guests, sit ins, and supporting bands that have included the late Sharon Jones, Los Lobos and most recently The Wood Brothers and Hot Tuna. 2018 will also mark the sixth year for the TTB-curated Sunshine Music Festival, hosted each January in their home state of Florida.

“Epic is an overused word, but if one contemporary rock band were to rightfully wear it, the Tedeschi Trucks Band might be the ones.” – Santa Barbara Independent

TTB’s most recent CD/film release, Live From The Fox Oakland (2017) was nominated for a Grammy and follows a quartet of critically-hailed and commercially successful albums, including the Grammy-winning debut, Revelator (2011) and Let Me Get By (2016), called “one of the great records of the year” by the Associated Press. The film documents the progress the band has made since its inception, while also showcasing its endless potential to bring out the best in each other every night in any musical direction they choose. It’s clear that the leaders have no intention of slowing down now. As Trucks remarked to Mark Maron on his WTF podcast featured in the film, “I haven’t found this band’s ceiling yet.” For Tedeschi Trucks Band, there may not be one. 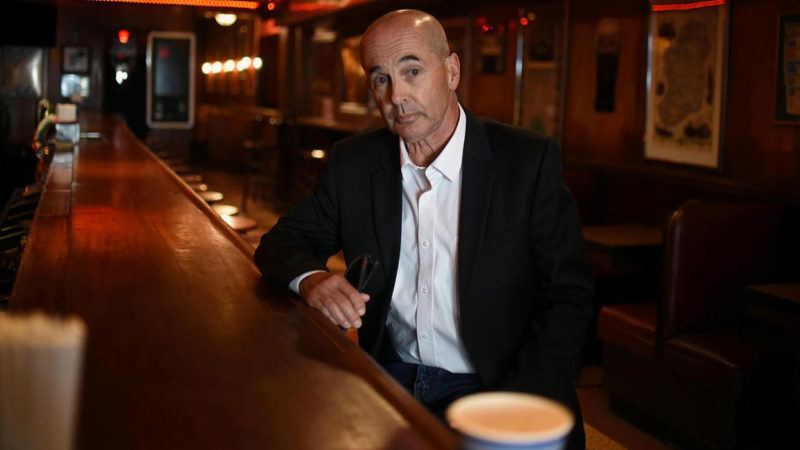 In six intense short novels connected by the themes of crime, corruption, vengeance, justice, loss, betrayal, guilt and redemption, Broken is #1 international bestseller Don Winslow at his nerve-shattering, heart-stopping, heartbreaking best. In Broken, he creates a world of high-level thieves and low-life crooks, obsessed cops struggling with life on and off the job, private detectives, dope dealers, bounty hunters and fugitives, the lost souls driving without headlights through the dark night on the American criminal highway.

With his trademark blend of insight, humanity, humor, action and the highest level of literary craftsmanship, Winslow delivers a collection of tales that will become classics of crime fiction.

Of all the blows delivered by Don Winslow’s Cartel trilogy, none may be as devastating as the timing of “The Border,” its stunner of a conclusion. Though Winslow cannot have engineered all of this 14 years ago when he started this series, his sweeping new novel concerns subjects that put it right on the culture’s front burner: the Mexican-American border, the handling of migrant children, the opioid crisis and some barely fictionalized claims about how foreign money has bought influence at the highest level of the U.S. government.

The book’s title, “The Border,” refers to both physical and moral barriers. Winslow is well aware that both that and its cover image, which depicts a razor-wire-topped wall spreading across a desert landscape, are politically loaded. “Loaded phrases, like loaded guns, are more interesting, aren’t they?” Winslow said to Entertainment Weekly in September. As for the book’s depiction of fiercely partisan American politics, including its treatment of characters who are unmistakable versions of the current president and his son-in-law: “I know this book is going to make some people angry. I can live with that.”

Even though the first installment of this trilogy was named “The Power of the Dog,” after a biblical intimation of evil (“Deliver my soul from the sword; my love from the power of the dog,” Psalms 22:20), it only hinted at the magnitude and ferocity of what was to come. That opening novel now looks like the series’ relatively innocent prologue — and it is as blade-sharp, violent, pulse-quickening and reportorially shocking as the pinnacle of some lesser series might be.

“The Power of the Dog” is, in brief, about the first decades that bind the destinies of Art Keller, a Vietnam veteran and later D.E.A. agent, and Adán Barrera, a young Mexican who will go on to achieve the most dizzying heights of power. The book begins in a burning Mexican poppy field in 1975 (“Only in hell, Art Keller thinks, do flowers bloom fire”) and leaves Keller among more poppies in 2004. Many unspeakable acts happen in between, melding the personal with the political (Iran-contra). It is all rendered unputdownable by Winslow’s unrivaled skill at his game. 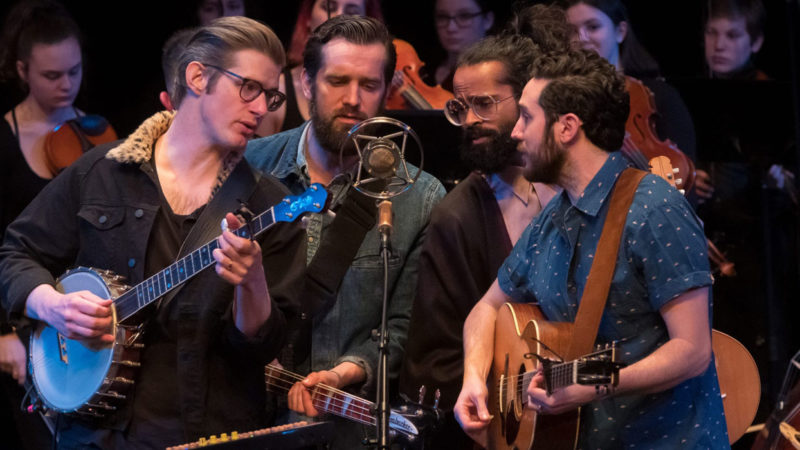 “It’s over now / The flag is sunk / The world has flattened out,” are the first words of Extralife, the new album by Boston-based quartet Darlingside. While the band’s critically acclaimed 2015 release Birds Say was steeped in nostalgia and the conviction of youth, Extralife grapples with dystopian realities and uncertain futures. Whether ambling down a sidewalk during the apocalypse or getting stuck in a video game for eternity, the band asks, sometimes cynically, sometimes playfully: what comes next? Their erstwhile innocence is now bloodshot for the better.

Hope arrives in the form of Darlingside’s signature superpower harmonies, drawing frequent comparisons to late-60’s era groups like Crosby, Stills & Nash; Simon & Garfunkel; and The Byrds. And yet, their penchant for science fiction and speculative futurism counteracts any urge to pigeonhole their aesthetic as “retro”. The four close friends construct every piece of their music collaboratively, pooling musical and lyrical ideas so that each song bears the imprint of four different writing voices. NPR Music dubs the result “exquisitely-arranged, literary-minded, baroque folk-pop”, and calls Extralife “perfectly crafted”.

Darlingside perform all of their music around a single vocal microphone, inviting audiences into a lush, intimate world where four voices are truly one. Their 2016 performance at the Cambridge Folk Festival “earned an ecstatic reception and turned them into instant stars”, according to The Daily Telegraph. The band tours regularly throughout the United States, Canada, the UK, and Europe.